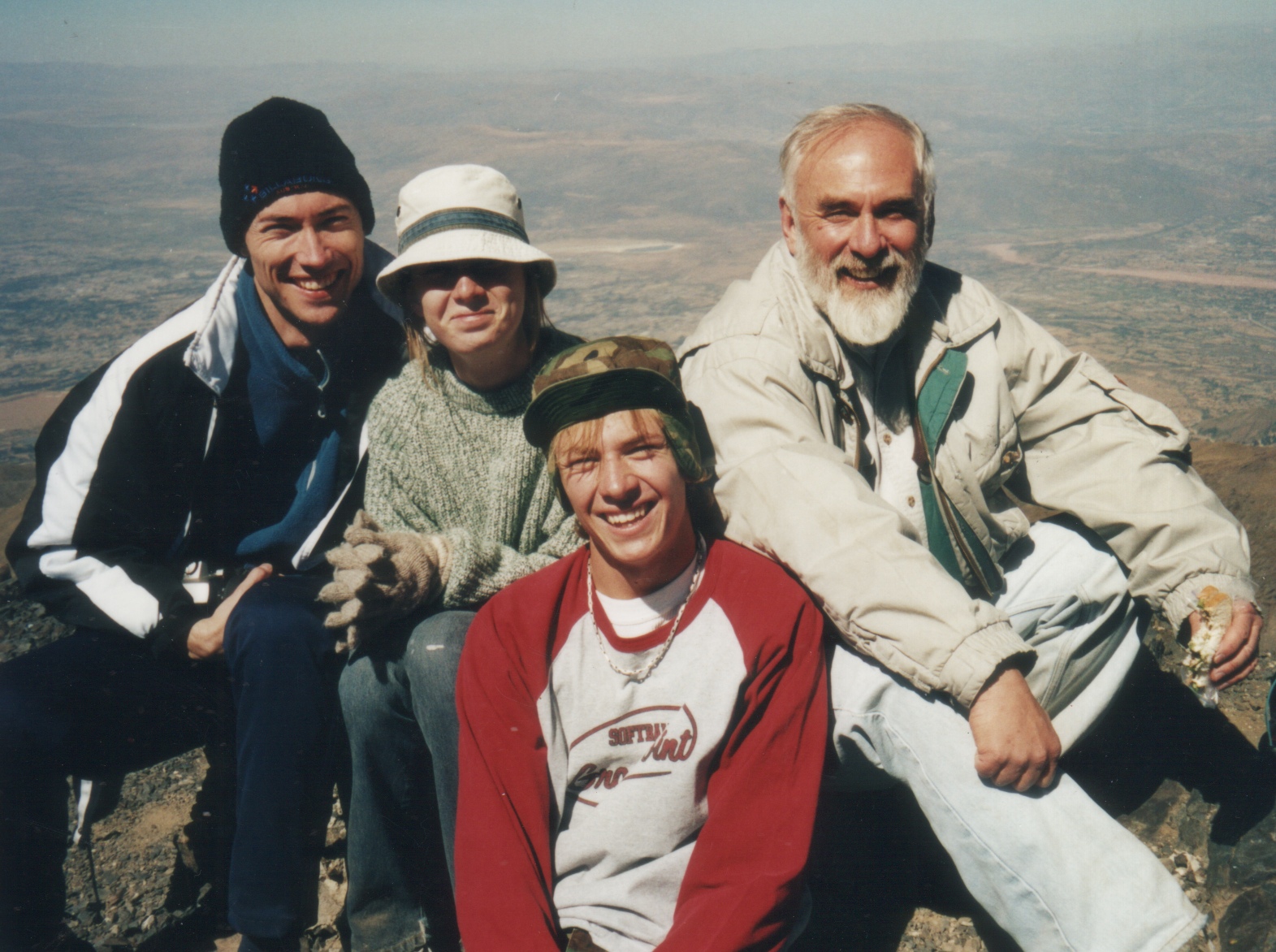 We continue Dad’s account of his perilous ascent up Mt Tunari. Here’s Part 1 if you missed it. Anyways, we’re half-way up…

No sooner had I arrived than, of course, the others headed off, making a huge effort to appear to be enjoying the agony that no doubt they were all experiencing. I could but wonder at their wasted efforts in this pretense. Jim and John had stopped behind on the ledge while Jim explained to John how the glaciers, with crevasses big enough for a full sized bus to get lost in, had been formed on the mountains far below and how he had climbed many mountains much higher than this. That, I did not need to hear, so I busied myself by taking my hefty thermos from the side of my backpack with the idea of trying to slurp some hot chocolate from it in between gasping for air and watching it be whipped away by the blizzard that was blowing. “Hot chocolate!” shouted Jim and John in unison. “Here,” said Jim, “Let me give you a hand up.” “OK,” I said, “I’ll give you a cup each here and another when we get to the top.” They gulped down the chocolate and feeling somewhat revived, we set out for the summit. It wasn’t long before the snow we were going through was almost thigh deep and I noticed that Jim and John were really struggling. The advantage offered by the snow was that you did not bruise your face badly every time you fell over. The major disadvantage was that you could not always tell just where the precipice edges were – although by this time the sight of a shear drop of 10,000 metres just 5 centimetres from your feet caused little concern. As we finally neared the summit I was surprised at just how much puffing and gasping was coming from Jim and John. “Actually,” I said to them, “I thought this part would be much harder.”

Finally we arrived home to a ticker-tape—or toilet paper—welcome and being greeted by our families, waving flags. We the heroes, the conquerors of the mountain, had made it.