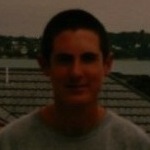 We continue our ‘Summers of Joel’ series.  Some of the other stuff we did, back in the days when men were men… and wanted nothing to do with us:

And that’s just SOME of the stuff we got up to, living on school grounds. If you’re lucky, I might even remember some more some day!