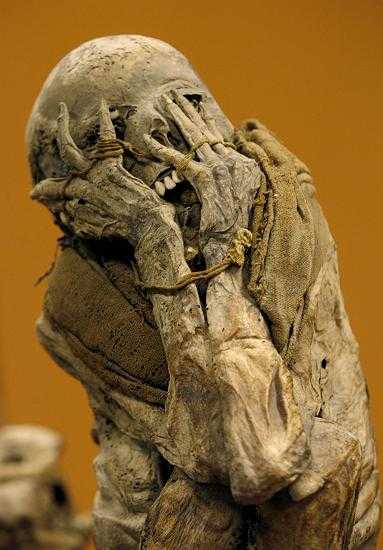 Marcos had diarrhoea in the desert and we pelted him with rocks.

OK, so we all have things in our lives that we’re ashamed of. But you have to understand, it was a different time, on the cusp of the last decade of the last century… (cue time travel graphic overlay…)

South America was being ravenged by Cholera. Cholera was awesome if you wanted no friends. Ever. It gave you the runs something severe, which is bad enough in and of itself, but EVERYONE was getting it. Even the hamsters. You became severely dehydrated and your family disowned you for fear of it catching. A few days of being a human watering can and you died if not given treatment. Fear swept over the continent like the time when Ricky Martin left Menudo for a solo career. Governments stocked up on antibiotics and social awareness. Families stocked up on toilet paper. In fact, if you had to go but discovered there was no paper left, you pretty much just shot yourself and saved your family the trouble. Dad said we weren’t allowed to shoot anyone, but if we did ever run out of paper there was a pile of old Christmas cards from relatives back home that we could use. The whole nation was on edge. The Bolivians blamed Chile, who they blamed for pretty much everything, ever since Chile stole (it’s up for debate; i’ll stay neutral) the only spot of coastline Bolivia had left. Bolivia has been landlocked for a while now, and is still kinda sore about it. But I digress…

So the theory was the cholera came from Chile on a ship from Africa or something, and was spreading across Latin America like the black plague. Health was already a big issue in most countries and stomach bugs were par for the course. At least they slowed the growth of the tapeworms. One time, rushing to the toilet, I bounded up the stairs taking lunges that were perhaps a little too energetic. For the sake of any children that may be reading, I burst a gasket half-way up. Needless to say I no longer have that pair of pants. I also spent 40 minutes in the shower crying and exfoliating myself with mum’s pumice stone.

So you washed everything, boiled all your water, stayed away from street vendors and attempted to ride it out as best you could, keeping your dignity intact in social situations. Which brings us back to Marcos. Every year, our school would compete in athletics competitions with 2 other missionary schools in the country, and this particular year was held at one in the desert. No one knows for sure why they put it there. If someone does happen to know, and would like to fill us in, I’m sure no one else cares. The carnivals were a good opportunity for all us MKs to meet other MKs, most of whom were losers we wanted nothing to do with. I remember one nerd enlightening me to the fact that although the school wasn’t far enough away to be in a different time zone, it was probably still wise to adjust your watch by a few minutes. Whatever. Loser. I pulled my socks up out of my sandals and found someone cool to hang with. On the second day we had free time in the afternoon and decided to go exploring. A group from our school (we didn’t want to be seen with dorks) left the grounds and headed for the hills. If wasn’t like we broke out or anything. The place really was in the middle of nowhere and didn’t even have a fence to keep you in. Half an hour in, on the crest of the hill, Marcos got hit with a bowel movement I can only describe as ‘molten’.

At this point there were 2 major realisations:

No! How could we possibly do that to a dear friend!? Kindness shone over the group, seeing our friend there, incapable to helping himself. So we laughed. And then laughed some more, and then goaded him a bit with sticks, to see if he could come up with some plan of escape. Then we started throwing rocks. They weren’t really intended to hit him, really, and most just came close. We just wanted to see how far he could get with his shorts down around his ankles. In a flash of brilliant inspiration (it could have been desperation I guess) Marcos found the solution to his problem. Looking down at the stones bouncing off his cheek bones, chest and abdomen, he noticed one of them was of a decent enough size to fit in one’s hand, and rather smooth as well…

I won’t explain what happened next. It still keeps me up late at night. Those wails reverberating through my head. The good news is, in the end, Marcos didn’t have Cholera, and I no longer wear socks and sandals. We all got home safe and sound and no one will ever be the wiser about Marcos’ harrowing experience in the desert that day. Until someone puts it on the internet.