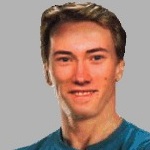 “Were Dead,” said my brother’s hastily typed text message, replete with poor grammar. “Check your Email. We’re dead!” I tapped the mail icon on my iPhone and into my inbox jumped a new message from one of the country’s largest Diabetes organisations. It said if we didn’t take our website offline within 12 hours, they’d be pursuing the matter further with the courts. Or assassins. I turned white. My underwear, unfortunately, did quite the opposite.

When we both finished 3-year advertising degrees at university, including successful stints in international advertising competitions and presentations to Sydney agencies, my brother and I had all the tools we needed to start a world class branding agency: Photoshop™ and a desk. Even a lap would suffice sometimes if the desk was being used for the ironing. Bolivia is a breeding ground for the creative, because software is readily available. And drugs. The computer shop I worked at even had an extensive list of completely legal and not-stolen software you could have installed (for free) on your machine when we delivered. Bolivia™ had no copyright laws whatsoever, and even if they did, no one would have cared. This meant we got access at a young age to everything we needed to become design masters. My brother even had some talent, a somewhat important part of the equation, next to Photoshop & the desk, and something I lacked entirely.

Unshackled from the restrictive bonds of wealth and prosperity, the first client in our self-employment endeavours was a lady by the name of Liz*, who did something by the name of “women’s physiotherapy.” She explained this was some kind of twisted dark art involving women post-pregnancy, and we’d probably feel sick if she told us the details. I felt sick without the details. We couldn’t meet at her office, for security reasons, due to it being a women-only clinic and refuge. We couldn’t meet at our office due to it being a pantry. We went with a Café in the end. She wanted a logo made, for stationery and the like, to help get her business off the ground, since her original idea, a giant papier maché uterus on her car roof, had failed to garner any interest. I decided on the curvature of a woman for the artwork, and went to task tracing the curves from a (clean) nude stock photo I’d found of a woman: from behind, waist up, hand on her hip. After receiving the finished artwork, Liz replied that the woman’s breast, which was protruding from the side beneath her arm, would never do that in real life, unless she was 80 and topless on a merry-go-round. Not that I doubted Liz’s capabilities and extensive knowledge in the field, having been a woman for most of her life, but I wanted to reassure her that I had just traced the photo as-is and wasn’t obsessed with breasts (although I support them in their future endeavours). I then tried to clear things up. They descended very quickly into darkness from here on in. Perhaps a timeline would be best to get a feel for the events as they unraveled:

5:14pm – Email stock photo of naked woman to Liz as proof I’m not some kind of freak.

7:31pm – Liz’s husband, probably whilst chewing on some kind of muffin, (likely bran and steel, since he’s a pilot) thinks to himself “Hmm… I should see how the wife’s design stuff is going,” and opens my email with afore-mentioned female curvature.

7:31pm – Their six year-old daughter walks in and screams: “DAD IS LOOKING AT NUDE LADIES ON THE COMPUTER!!!!,” in a voice loud enough to wake Detroit.

7:35pm – North Korea, hearing the news, decides life isn’t that bad after all, and shuts down their DMZ, reuniting with South Korea and ending years of conflict.

Thankfully, in this singular instance, I wasn’t the cause of a family breakdown and they got everything sorted out. I visited Liz’s office later to pick up our payment and got some extremely distrustful looks from the ladies in reception when I said I had an appointment with the women’s physiotherapist. I was graciously reminded that I didn’t have ladies’ parts; a fact I’ve been aware of for some time.

I met another of our clients, an older gentleman, Jim, through the local cinema. He had a history in Hollywood, and being a diabetic himself, thought a Diabetes blog would be a great way to make some money. Exactly like an MK blog, except for the money part. Jim had no cash to pay us, but said once the site was up, advertising revenues he’d lined up would pay us back for our time and well into the future. My brother and I could finally realise our dream of owning a Miniature Pony rental stand in the Bahamas. It was fun working with Jim. He would regale us with story after story from his colourful past, and I began to wonder how someone could fit so much into one lifetime and why I was wasting my life breeding ponies in my closet. After about 3 months of fairly strenuous work the site finally went live, with Jim supplementing content himself and my brother and I living in soup tins waiting for the cash to start rolling in. I’d also lent Jim $600 to pay his phone bill, so times were tight. Everything was going swimmingly for about 4 and a half days, and then the death knell: the email telling us to pull the site down. Turns out, JIM WAS A COMPLETE FRAUD and everything he’d told us was a lie. His articles were stolen from other diabetes sites and we’d be sued if we didn’t taken any action. Later that day I Googled Jim, and discovered he’d been a fraud for quite some time, so much so that an ex-wife of his has actually written an ENTIRE book about it.

In the very handy bullet list™ format, just some of Jim’s apparent exploits:

He is still wanted by an Australian Veteran’s Association and several national newspapers for doing speeches at war memorials with no military service history whatsoever. After speaking with the Diabetes rep, I pulled the site offline, leaned back in my chair and laughed and laughed and laughed at the absurdity of it all… To be fair, Jim paid both of us the money owed, and even reimbursed my wife and I for the phone bill loan. He has now turned over a new leaf, and is now masquerading as a doctor in the mountains, helping people with their diabetes.

*Name changed to protect the innocent. Except for Jim. I figure he can handle it.

2 thoughts on “The Customer is Always Crazy”