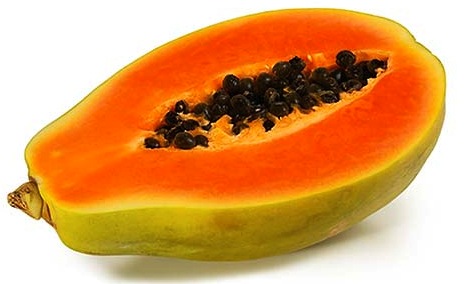 And once again we return to the innocent and occasionally factual years dubbed the Summers of Joel. Looking back, as I’m wont to do, I’d classify Joel & myself as good kids, even though, sure, we still caused mischief wherever we went. I mean, compared to us, we knew some total BRATS. I babysat one kid once who just bawled his eyes out for hours because he got no attention from me and then suddenly just fell asleep on the floor from exhaustion. So, I put a blanket over him to keep him warm and his wounds hidden and went back to distilling meth amphetamines in his mum’s kitchen. My parents also claim that I coated a kitchen knife in ketchup at one point of utter desperation and told the kid I’d slain a monster with it and he’d receive a similar fate if he didn’t shut up. I have no memory of that incident though and I can only say I’ll be bound by the court’s impending decision on the matter. Point being: I’m a little biased, but as far as I was concerned, Joel and I were pretty decent human beings, apart from the occasional petty crime here and there. One couple that caught the brunt of our misdemeanoring however, was Peter & Georgina. They lived on the school grounds, just like us. Peter was the school’s head PE teacher for a while, and was a reasonably large guy. He could have crushed my skull with one hand while reading the paper with the other if he felt like it, and if he’d smoked he could have then used my lifeless cranium as an ashtray. Thankfully he didn’t smoke. He lumbered about yelling at everyone to be faster, higher, crisper or whatever the Olympic motto was.

He was a good guy though, and taught me how much I sucked at race starts and how shoes were now mandatory even thought it was scientifically proven you ran faster barefoot. Peter was practically Mr Universe material and his whole family were super-competitive. Trouble was, his kids sucked at sport. His daughter, who once decided to jam my finger in a door, leaving me unable to pick my nose for 3 months since the nail fell off, would also completely stop running if she wasn’t coming first in a race and fall on the ground in a tantrum. Sad behaviour for a 25 year-old if you ask me. I kid, she was only little, but since I only ever came first, I couldn’t relate. And I have nothing but love for her in my heart, even though my brother never quite recovered from my necessity to use his digits to extricate all manner of bounty from my nostrils on several occasions. Hence, our relationship with Peter and his children was always a tenuous one. But it got worse. A lot worse. Their house was in-between the gym and the rest of the school, so the yard, regardless of who lived there, had always been fair game, since it was understood that walking through there would save you heaps of time. So Joel and are passing by one day, probably on our way to feed children or help build a pit toilet or something. On our way we notice a tree in the garden with some rather full and wholesome-looking fruit, so we start stuffing our pockets. I can’t recall the particular genus of fruit. Probably not watermelon ’cause how awkward would that be. Probably apples or something portable. So anyway, it’s bargain time at the fruit shop and we’re going nuts when Georgina appears at the window like the angel of death and screams “WHAT ARE YOU BOYS DOING?!” and withdraws again so she can confront us in person. At this point it was fairly obvious what we doing, really. But we had a few seconds to spare, so my mind went into high gear. As you regular listeners would have gathered from my many self-deprecating tales, I was a pretty wimpy kid. The upside was that my body, with survival in mind, made sure the neurons connecting mind and tongue worked at a fantastic 1500% efficiency, so I could get through life by eviscerating people with insults because of my quick wit. Georgina strode around the corner, eyes ablaze and glaring at 2 very guilty fruit thieves. I faltered, a bead of sweat growing on my forehead, salvation just a phrase away. I had nothing. Blank. Like all good Australian parents, descended from criminal folk, mine taught me dishonesty was always the best policy; especially with incriminating evidence on one’s hands, in one’s pockets, or in a pile behind one’s feet. Joel, on the other hand, was brought up with some bizarre moral code exemplifying self-sacrifice and honesty and promptly proved it. She asked again, rhetorically I assume, what we were doing; more menacingly this time since there was no glass separating us from instant death. A brilliant lie snapped into my brain and leaped onto the tip of my tongue but it was too late. Joel answered helpfully: “Pickin’ the Fruit!” I hung my shoulders in shame momentarily before I got my arm yanked out of it’s socket and we were hauled over to my house, because it was closest. Mum was going to hear all about it and then I’d be grounded for the rest of my life. Perhaps for a while after my death as well. A million things flashed through my head on the way over. Why did we have to pick so much fruit? Surely we’d have had the runs for months after eating it all. Why was Joel so annoyingly honest? Why for all that was good in the world couldn’t I have come up with a grand plan to get us out of there? All the answers passed by unnoticed because fear and dread were beginning to take hold. Georgina was spouting all kinds of threats about how we’d visit my place first, witness some bloodletting, and then head over to Joel’s for more carnage, all the while dragging us face-first through the dirt. Finally we got to the front door and the anxiety was too much to bear. I began prepping my hindquarters with beef salt, just to help the tenderising process. Peering through the screen, Georgina banged away but to no avail. Mum wasn’t home! Heaven had heard my silent pleas for help and a great many promises I’ve already broken several times over. But we were home free. Georgina returned home, leaving us there to start breathing again on the porch. She would never mention the ordeal to our parents and we never walked through their yard ever again. I rubbed the sweat beads off my face with my stubby nail-less finger and smiled across at Joel, the most honest man I’ve ever known.

1 thought on “Pickin’ the Fruit”